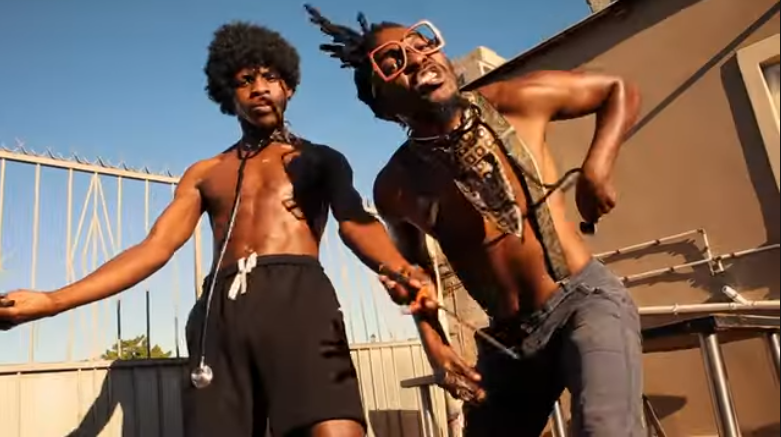 South African Hip Hop artist Big Xhosa (a.k.a SOS) has been making waves in the SA Hip Hop scene following the release of his diss track - SOS Big Xhosa - Ninyile (SA Hip Hop diss track). The controversial song is a local rendition of 2Pac’s Hit’em up, dissing a number of well-known South African Hip Hop acts including Areece, Emtee and Shane Eagle. In his latest offering the Beatbox hitmaker features Gqeberha based Xhosa rapper Ifani (Haymani), in a song which has proved to be the most controversial when compared to his previous singles. The subject matter of the song alone is 18 SNL in nature and is borderline offensive to females across the country. However that was not the primary reason the song trended nearly the whole day on Twitter SA – No, Not quite. Ifani allegedly used the opportunity to settle old scores in a rivalry between him and SA Hip Hop legend Kiernan Forbes (AKA). The Gqeberha artist took a shot at AKA with the following line: “If I see AKA I might kill myself”.

Social media erupted and as a result the music video had received more than 50K views on Youtube within a few hours of its release. Ifani’s line can be interpreted in a number of different ways but most social media users believed he was refferring to the recent tragic suicide of AKA fiancee. The public still has mixed emotions about the song and its intended message. Some praised the duo whilst others felt that it was too soon and that the song was in bad taste.

💀 I might lose some of my cred for this... But Big Xhosa's new joint with ifani is actually dope & funny 🤣🤣🤣🔥

Watch the video here https://www.youtube.com/watch?v=_sBNxu1YXeM and you decide for yourself. What are your thoughts on the song? Do you believe it’s too soon for an AKA diss line or it’s not that deep? Let us know by sending us a message using this link https://www.aifaniaudio.com/contact or engaging us on our social media.