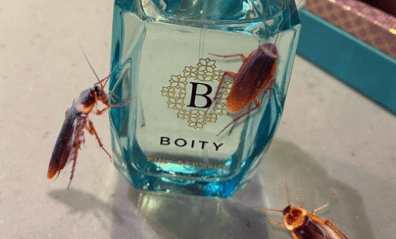 She is an actress, TV host, musician and an entrepreneur whom is launching her own fragrance on the 11th of September which is next week Friday. This is also a birth month to his lovely mother, she says that she has been inspired by her mom in almost every angle, well did her mom also inspire her to continue with success in every angle? The Queen is winning. Not so long ago Boity called almost half of South Africa unemployed roaches (cockroaches) where she was referring to about 51% of the youth that is facing unemployment. She said “aren’t these unemployed roaches doing nothing but gossiping on twitter all day” she then later came with an apology, well she claims it’s an apology but it really doesn’t sound like one. “A few days ago, I was being trolled by a number of man on this app, throughout the day. These man insulted me in every way possible. I too responded with insults and proceeded to call those man unemployed roaches. If you did not insult me that day, the insult was not meant for you”. Then yesterday she was having an interview whereby she asked the same roaches to listen to her when she speaks about her perfume where she will be launching it next week Friday. Boity and Cassper Nyovest are exes right? Cassper will be dropping an album on the 11th of September called Any Minute Now and Boity on the other hand want to launch her fragrance, is it a competition or just a coincidence, well time will tell.