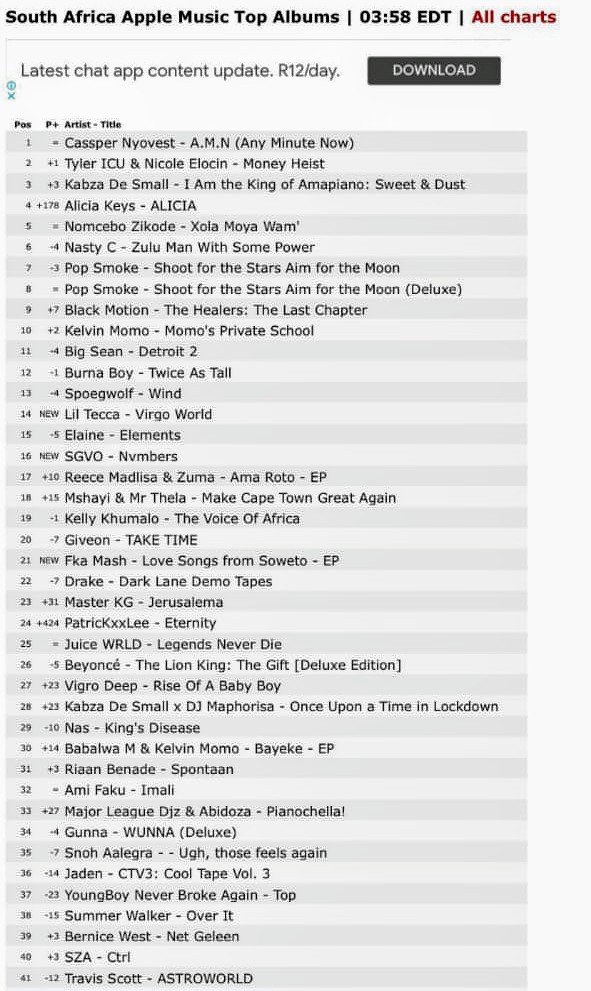 One could say South African Hip Hop artist, Cassper Nyovest, has been more than blessed this month. Firstly on the 11th of September he released an album which is any minute now, two days after releasing the album he was blessed with a mini King and he named him Khotso which means peace. And now his album is tranding number one of cause. Do we call these blessings or what? No it's definitely not luck but hard work pays off. He said he's been having sleepless nights throughout the album trying by all means to make end meets so that the final production can be as good. He's son is on the front cover of the album, yet he's still in his mother's womb. The album is available in all music platforms. If you don't have it already now it's the time to go and download it or purchase it in your nearest music store. He said " this album is fucken quality bro!!! Expensive music!!! Art!!! We produced the hit outter this one" and that's not all he also said that with this album he will go platinum, trust and believe, a platinum Hip hop album in the middle of Amapiano.